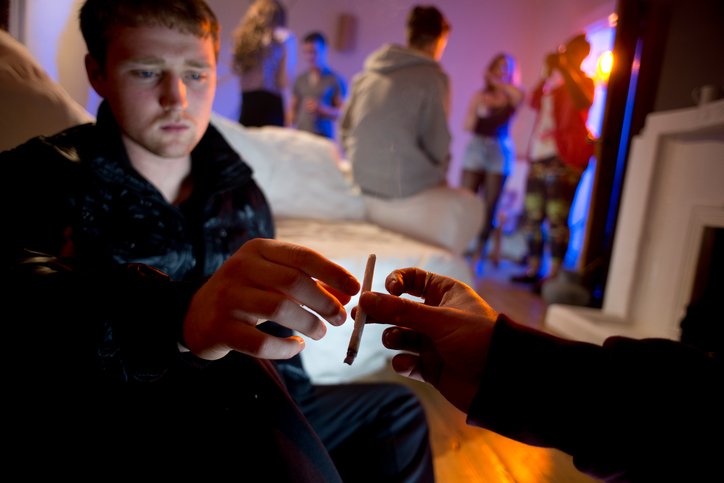 Teenage Risk Factors for Drug and Alcohol Use

Despite well-publicized risks, many teenagers cannot resist the perceived thrill of experimenting with

drugs and alcohol. Unfortunately, recreational usage too often turns into habituated consumption of

Once that occurs in the teenage years, it is more likely that the teen will engage in

Although recent statistics reveal a promising decline in illicit substance use among teens, over a million

American teens reportedly have a drug use disorder with an additional 915,000 teenagers struggling

Dependence that shows alcohol and drugs as the leading contributors to teenage suicide, crime among

youth and lower grade averages. It is also a well-documented fact that risk factors associated with

substance abuse increases as the number of use opportunities increase.

Other sources indicate that…

a) The highest rate of illegal drug use occurs between the age of 18 to 20.

four or more drinks in a single sitting.

some form such as marijuana, prescription pills or by inhaling toxic fumes from paint, computer

more likely to engage in polydrug use.

There is no single factor that influences substance use among teens. However, studies show the physical

most vulnerable period for drug and alcohol use among teens. Researcher also highlights “exposure” to

motivators that contribute to teenage drinking and experimentation with drugs.

Major risk factors of drug and alcohol use that begins in adolescence include:

● Problems with the myelin sheath formation which is directly related to brain signaling.

emotional wellbeing. Studies indicate that the impact of MDMA on serotonin levels could last

for as much as seven years.

● Recurring delinquency and other social problems with family members, peers, and the greater

transmitted disease. These risk factors can cause significant, and long-term effects on mental

health, childbearing for women and sexual dysfunction in men. Some studies also indicate that

these ill effects could last longer for teenage girls.

● Contributes to substance use disorders that can follow teens into adulthood.

Due to the rapid neurological changes occurring in the brain between puberty and adolescence, drug

use choices made during these developmental years can have negative long-term effects.

We at Ebb Tide Treatment Centers believe alcoholics and addicts can and do recover. Recovering from

active addiction (Substance Abuse Disorder) does not have to be a long, painful process. With the help

of Ebb Tide’s caring and experienced staff, you and your loved ones will learn, and take proven steps

necessary to achieve success by maintaining lasting sobriety. The goal of Ebb Tide Treatment Centers is

to restore lives and families. With our help, you can regain control of your life from addiction and start